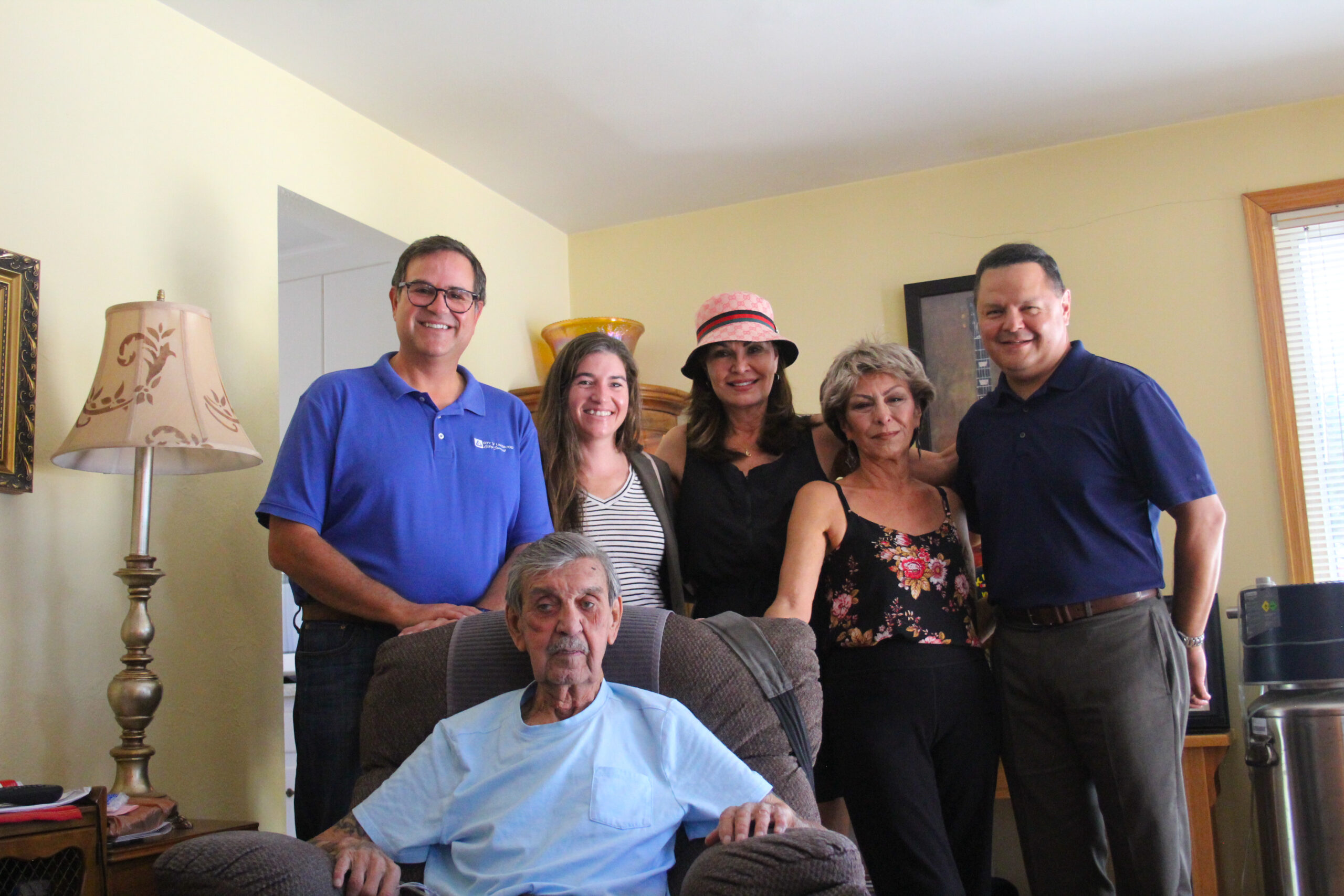 Robert Montour’s life changed forever when his father was killed in World War II after a destroyer ship he was on was sunk in Okinawa — a Japanese prefecture.

Montour, who was only 10 when his father was killed in 1945, knew he was destined to serve in the Navy. So as soon as he turned 16, he packed his bags and ventured off to boot camp before eventually serving in the Korean War.

“My dad being killed kind of guided me toward wanting to get into the service,” said Montour, who is now 87 and lives alone in his longtime Lakewood home. “I could not wait to get in.”

When he came home, Montour married his late wife and had six children. He moved temporarily to California to take a painter’s apprenticeship, after which he worked for 41 years as a commercial painter. His career included time spent painting many of the skyscrapers in downtown Denver when they were first constructed.

But even Montour — who has worked with his hands all his life — admits that he needs help with upkeeping his home. The exterior of his house was beginning to deteriorate, and he needed modifications and repairs for his home to continue to age in place.

Thankfully, Montour learned of Brothers Redevelopment’s Paint-A-Thon after he saw a flyer about the service at his barbershop in August. So, he applied for the program, and two weeks later, a group of Wells Fargo volunteers came to paint Montour’s home and visit with him and his family. Lakewood Mayor Adam Paul and Lakewood City Councilmember Rebekah Stewart also visited the site to see the paint job and visit with Montour.

His home is one of three houses Wells Fargo painted through the Paint-A-Thon and is part of the company’s Welcome Home Initiative — an enterprise-wide employee engagement initiative that aims to support Wells Fargo’s commitment to affordable and sustainable housing.

Later this year, thanks to funding from Wells Fargo, Brothers will also provide Montour with a step-in shower, a new back door, and repairs for his home.

“I don’t like to be dependent on anybody — but I appreciate the help,” said Montour. “I appreciate someone being concerned about me and my well-being.”

Thank you Brothers Redevelopment, Inc. and Wells Fargo for helping this Korean War Veteran and his amazing family….