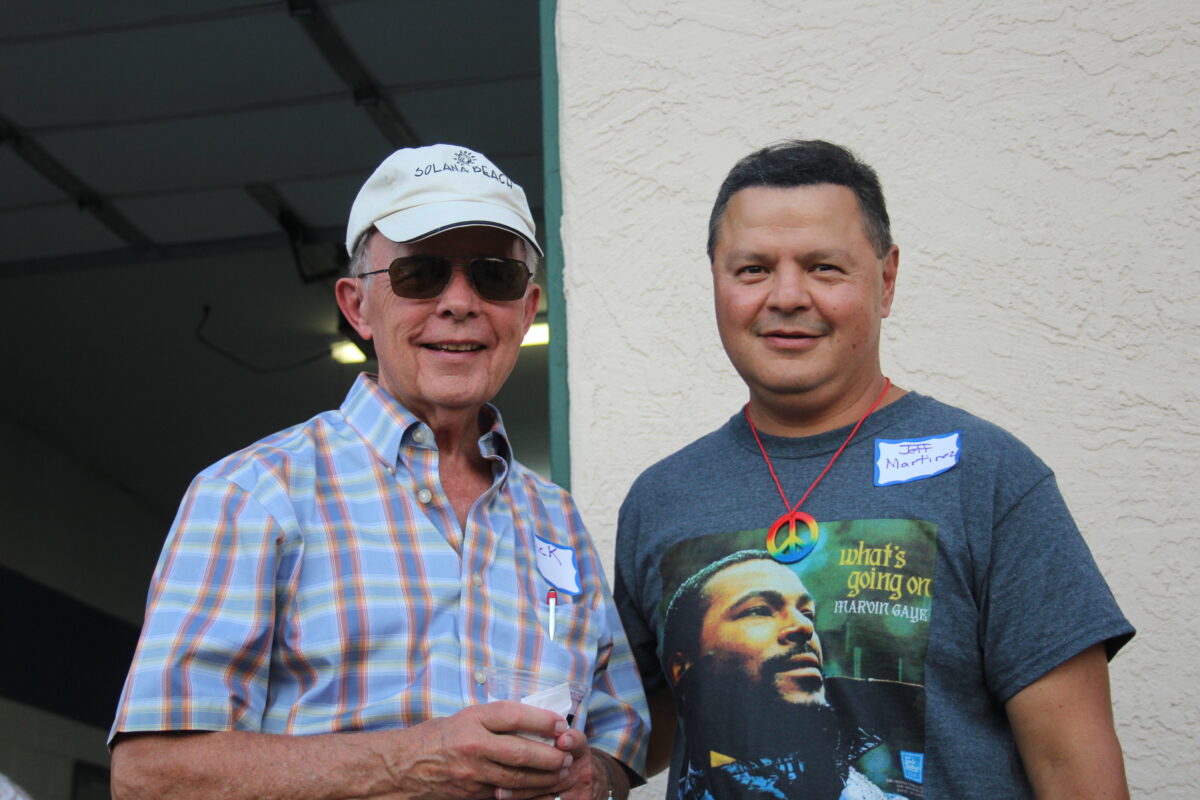 People needed help finding and keeping their housing — particularly along the westside of Denver where Brothers started its work. And some couldn’t afford to update their houses with new paint to upgrade the aesthetics of their home. But Magnus and other founders of Brothers like Don Schierling, Joe Giron and Manny Martinez felt like they could make a difference on the community — especially on seniors and families living in poverty.

“Our goal was to put together people that would help (people with housing) and to find money that would get us going and to find partners. Initially we received church grants and individual donors,” said Magnus. “We started very small, we started very humbly, and we started with these four guys that were an unlikely foursome. We had big dreams. They were nowhere near the size of what Brothers does now — but we had big dreams.”

Magnus flew out to Colorado from Minnesota in September to celebrate Brothers’ 50th anniversary at the nonprofit’s Local Social fundraising event.

He discussed his time in Denver, his involvement with Brothers, reflected on the organization’s growth, and more. Here is what he had to say.

Tell us about your recent trip out to Denver.

It was wonderful. I had a chance to see some of the old westside and projects that continue with La Alma Family. It’s impressive to know work still goes on right there where things got started.

We drove by the Paris Family Apartments which impressed me. I would not have dreamt Brothers would be able to put up a development with that many units for families. To see the manager and young kids that were enjoying the facility was wonderful.

We drove by the Globeville action with the units that are being done with tremendous partnership with others. We also drove by Valor on the Fax which we’re working on with the Brain Injury Alliance of Colorado. What I learned is that’s the first of its kind in the nation. To think the Brothers I knew way back when could be leading the way in reaching out to a group that has not been helped with housing was exciting and encouraging.

One of the things about Brothers is there are so many projects that are up and going strong. It was just very impressive on the tour.

How long did you stay active with Brothers and in what ways?

I was the secretary of the board for several years. I would want to say as we got started in 71, I was in the organization actively for five, six, maybe seven years. And then I continued to be active as I changed employment and was working in different situations and still trying to push people toward Brothers and helping them to become involved — even if I was from a bit of a distance.

What comes to your mind when you see how Brothers has grown over the past 50 years?

Great joy, a little bit of unbelief and satisfaction that an idea that started small could become so big and so impressive. To see what I saw when Brothers brought me out and took me on the tour and meeting the people at the fundraiser was just tremendously impressive. It warmed my heart significantly to hear from staff and board members that they shared the vision, and they share the values. They have a heart for the work that is needed to help people with being housed, and they have a deep commitment to be about that work.

What do you hope to see from Brothers going forward?

I want to see more of the same. What felt good to me is it hasn’t taken a great different direction. It has just added on more and more programs that meet community needs. I was impressed to hear about rental/mortgage assistance and (Colorado Housing Connects) and the partnerships that are allowing Brothers to do phenomenal work these past few years.

Brothers has been able to respond to the needs of the time and to do so in a way that attracts partners and that now gets significant government funding to really help do the big things that Brothers is about.