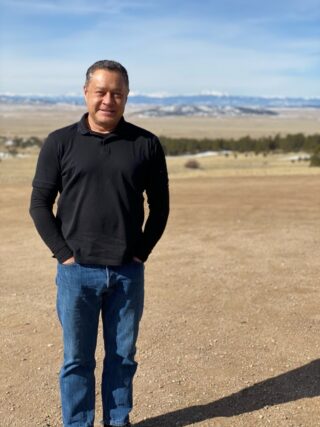 Brothers Redevelopment’s Carlo Nicastro fell in love with the medical field when he was working as a paramedic for the Sierra Madre Fire Department in California from 2010 to 2015.

With dreams of being a doctor on his mind, Nicastro moved back to Mexico — the place where he was born — to go study medicine at the Universidad Autonoma de Guadalajara School of Medicine. The school has an international program, and Nicastro said he had classmates from all over the world, including from the United States, Canada, Puerto Rico and other countries.

Nicastro’s plan was to finish school and return to the United States. But he met his wife and the two decided to stay in Mexico where he worked as an emergency room physician at a private hospital in Playa del Carmen — a costal resort town in Mexico.

While at the hospital, Nicastro practiced life saving skills on patients and worked as an assistant surgeon during a variety of procedures like C-sections, gastric surgeries, orthopedic surgeries and more.

“Everything about medicine just fascinates me. Obviously, I like to help people out,” said Nicastro. “But I’m an adrenaline junky. I work well under pressure so working in the ER was something that spoke to me.”

After having two children, Nicastro and his wife packed their bags and moved to California where they stayed at for eight years before settling down in Colorado Springs last December. In Colorado Springs, Castro traded in his surgical scrubs for a new career as a senior service navigator for Brothers Redevelopment’s Aging in Place Initiative — a free program that works to help seniors age comfortably by connecting them to resources and services like Medicaid, Social Security, food assistance, rental/mortgage assistance and more.

Nicastro said his time as a doctor has helped him transition into his new role, because his past career helped him be emphatic.

“A lot of people that reach out to Brothers and need our help are in desperate situations. Being able to listen to them and be emphatic is an advantage,” said Nicastro. “There are a lot of elderly people that have a lot of medical conditions. We can talk about what that looks like and what the options are as far as getting help.”

Outside of serving Colorado Springs seniors through the Aging in Place program, Nicastro and his wife operate a food truck in the city called “Dr. Taco.” They originally started Dr. Taco in Playa del Carmen in 2003 before bringing the food service to Colorado Springs.

Seniors interested in the Aging in Place program can access it by calling Brothers Redevelopment’s housing helpline — Colorado Housing Connects (1-844-926-6632).

“The most rewarding part of my job is getting that call back to thank us for our work and being able to solve some of these issues for these elderly people that don’t have anywhere else to look for help,” said Nicastro.

nextPaint-A-Thon leaves its mark in Lakewood